I’ve had the opportunity to participate in an event where Sir Richard Branson and Morten Lund, serial entrepreneur and co-founder of Skype, were the main “attraction”. Very inspiring guys and a very interesting event. At least for their part, which lasted one hour. The rest of the event was held in danish. Didn’t expected it, but it’s kinda understandable since it was an event for students in Odense – which most are danish (doh).

The queue was huge, almost surrounding Arena Fyn, here in Odense. Didn’t manage to capture it all but these are the people were at the entrance, on a very danish rainy day. 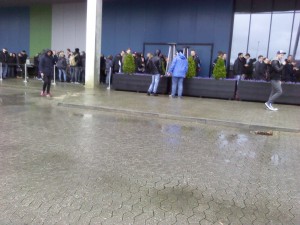 Before everything started there some slides on the big screens with Bransons favourite quotes. 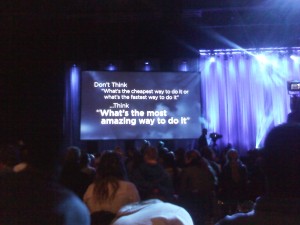 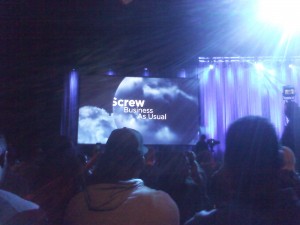 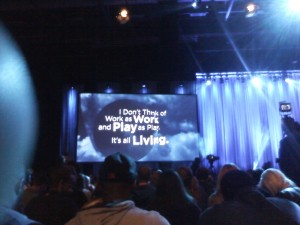 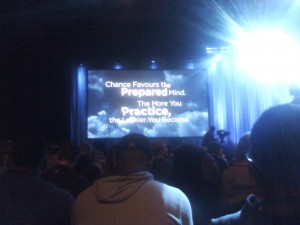 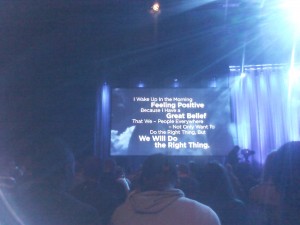 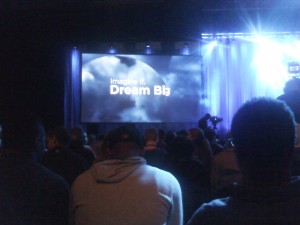 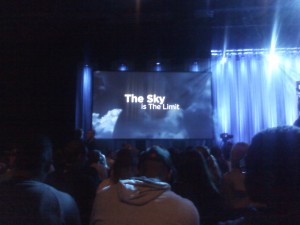 Anyway, after the introduction and thanking sponsors and all that crap, Morten Lund had a presentation on entrepreneurship, but it was also in danish. One of the interesting things pointed out by him was the fact the he hanged out since college with people that made business with figures over 100 milion. Didn’t knew the danish entrepreneur scene was this big. 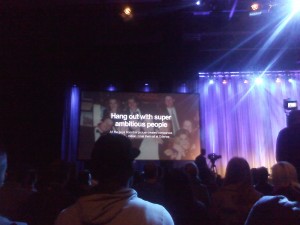 After his speech, Morten invited this desginer dude from Slovakia, that was working for him. His name is Filip Santa and he talked a bit about how he got the attention of companies through his TakeMeToSiliconValey project. I really liked the way presented his “path” and the fact the he made it look so simple. You can watch him on TV2 (he’s at the end).

And in the last hour, Sir Richard Branson answered questions from public and talked a bit about his start in business (student magazine at the age of 15) then the Virgin record label . After this he also talked a bit about his experience starting the airline business, Virgin Atlantic, and how he managed to turn a missed flight into a business. Really inspiring old guy, thats still living with more passion than a lot of 20 year olds.