I finally got an Android phone to play with. Welcome to this century, right? It’s, as the title says, a Samsung Galaxy Y S5360. The Y stands for Young. Get your full specs here. Bought it for a cheap price from a classmate. I’ll probably find out the next days why so cheap, but it works. I like it. 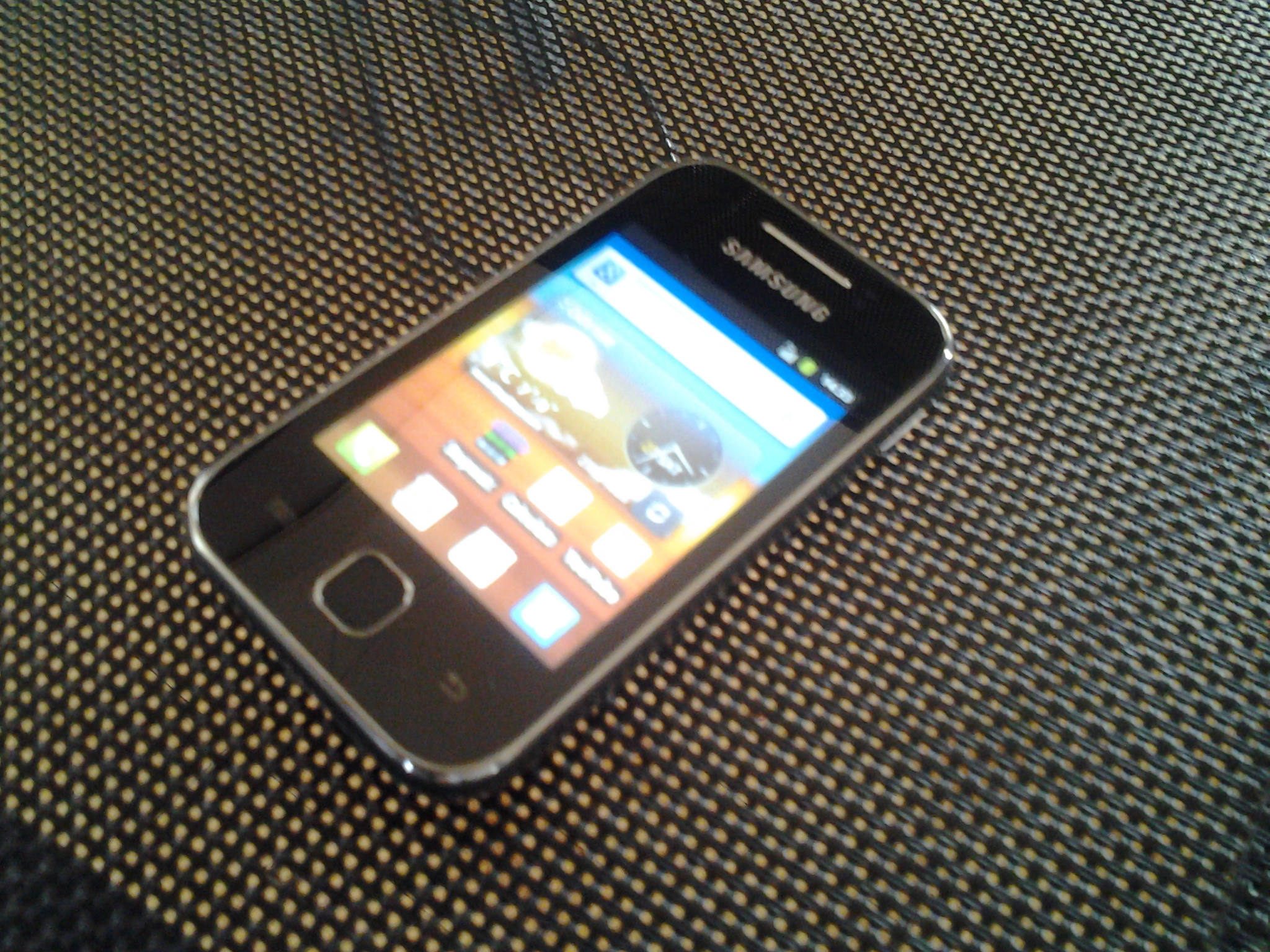 I wanted a relatively cheap smartphone (particulary an Android running one) for the internet connectivity, for the GPS and camera. The GPS works fine. Didn’t test it for longer distances and other than normal weather conditions, but it seems fine. It runs Android Gingerbread 2.3.5. Hmm, wonder how Jelly Bean would look on it.

After some research on google i came up with some conclusions:

– it has a low battery life

– i can see that, even after one day

– the 2 MP camera wokrs like one over 3 MP, or even better

– it looks good, but i couldn’t take any picture yet because i don’t have a SD Card

People had been also complaining on the net about poor voice communication and about the fact that it sometimes hangs and needs a restart. Nothing on this yet. So far it’s been running smooth and it’s quite slim for a smartphone, which i like.

I’ll get back with another post after i make my app list and root it and see what other goodies i can do with it.