I’m using Chrome, which belongs to the daddy of internet ads, so it’s probably understandable why Adblock Plus is probably not working sometimes. Main issues:

Solutions (that worked for me) 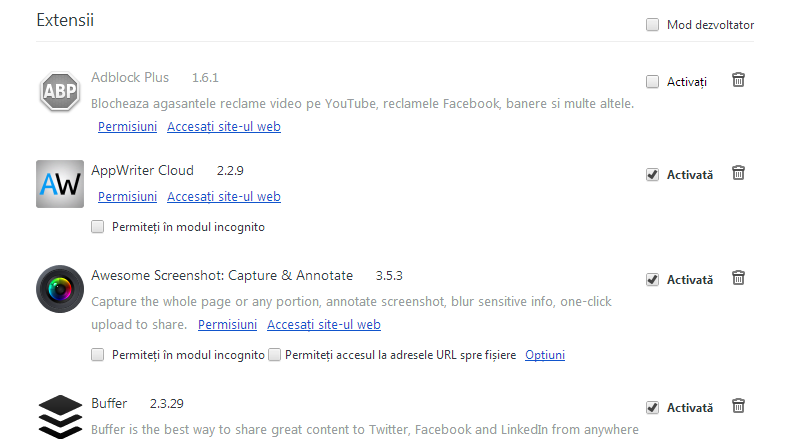 People (including me) have been confronting a lot with this problem, so if the above solutions don’t work for you, check out an oficial post from the Adblock team – https://adblockplus.org/en/known-issues-chrome

I get bothered by the same issues – ads not being blocked in Chrome, and activating/deactivating/reinstalling doesn’t help. I managed to find a workaround though, and it’s very simple. I’ve installed Adblock and Adblock Plus at the same time. They’re running great and i don’t see any issues.  On youtube they seem to be blocking a lot, as you can see in the picture. The normal Adblock is blocking a bit more than Adblock Plus.